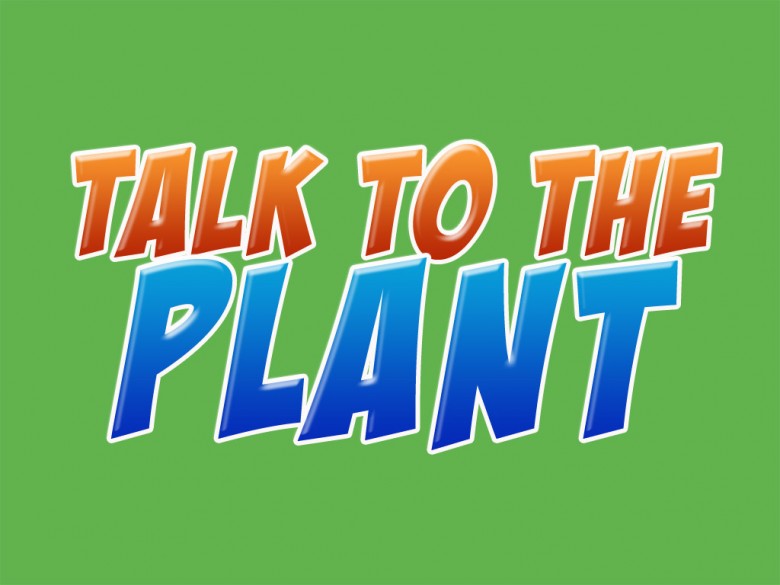 Talk to the Plant is a prototype of ongoing online social gardening research. This project aims to bridge the need of people to play simple browser games when they are online, with the emerging trend to home grown food. The power of the game-hungry crowd is combined with the possibility of microcontrollers taking over a gardener’s duties, in order to create a playful environment for an online distributed gardening community.

The development of this project has started at WORM / moddr_ in Rotterdam (The Netherlands). From there it had to travel around half the globe until its first public premiere: The first proof-of-concept prototype is currently at show until March 8 2014 at the exhibition Copy Wildly at Toi Pōneke Arts Centre, Wellington, New Zealand. 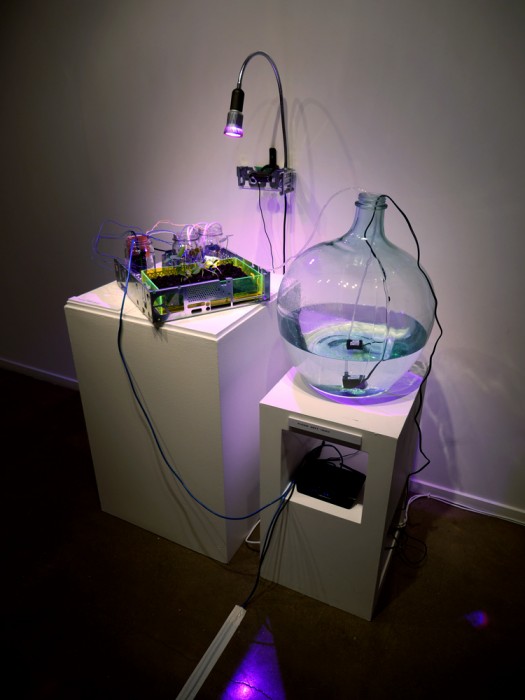 TALK TO THE PLANT questions the communication that is fostered by “social” applications and games online. Gameplay on social network sites requires not necessarily tactical choices of the players. The games rather ask them to spam their friends with invitations and requests that often leads to hiding or un-friending these persons. TALK TO THE PLANT could bring back a real social aspect to online gaming by connecting gamers with organic food devotees by feeding the first with missions and the latter with effortlessly home-grown fruit and vegetables. The prototype is a low-cost DIY solution for automated home-gardening inspired by projects like Garduino or Cheap Vegetable Gardener and once finished a complete HowTo Guide will be released for wild copying.

The current user interface displays temperature, moisture and light intensity and has controls for light and water supply, alongsie a live camera feed of the vegetable garden.

For an early test-setup at WORM I experimented with the possibilities of designing my own DIY-led growlights: 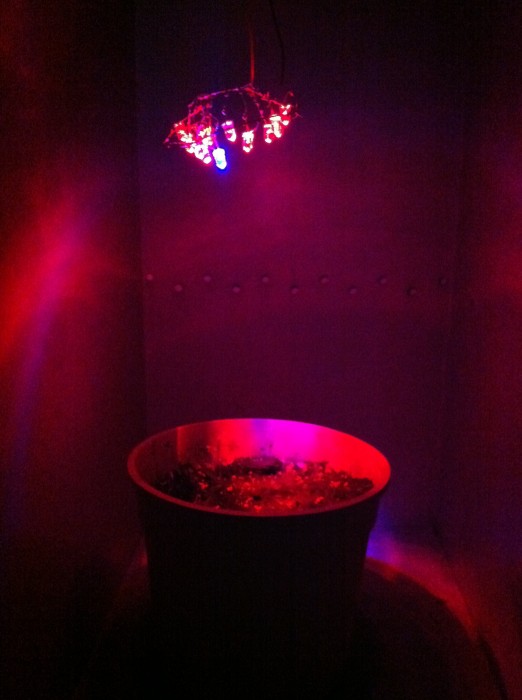