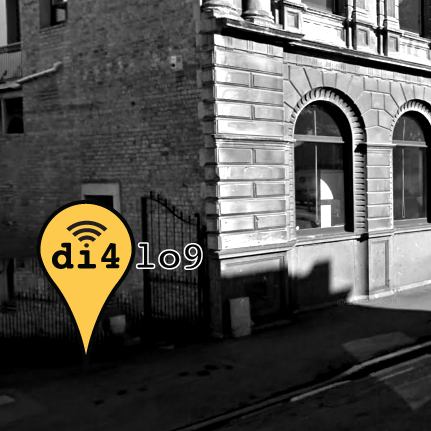 di4lo9 is an iteration of Discrete Dialogue Network, to be premiering at the ADA space : network : memory symposium in Dunedin, NZ.

“After having done lots of research on alternative/emergency networks in New Zealand, I am actually pushing my project very far towards the site-specific version being a really autonomous communication network, messaging system – especially after having witnessed the earthquake in Wellington and eager to get rid off all possible dependencies towards vulnerable infrastructures.”

di4lo9 is an autonomous self-contained communication network for leaving anonymous messages in public space. Anyone with a capable WiFi devices is able to log onto the di4lo9-network, but only those in possession of a di4lo9-code can read earlier messages and leave their own.

di4lo9 is developed as a site-specific version in Vogel Street Dunedin, NZ.

The di4lo9 network is developed with PirateBox.