As a final project of our Media- & Interactiondesign Major at the University
of Applied Sciences Graz we produced the CollegeTV live programme Mauerspiele.
For this project we didn’t only produce short films for the program,
but designed a whole concept by creating an absolutely new interactive
format of TV including its advertisement, internet presence with a live stream,
posters flyers and an appropriate after show party. 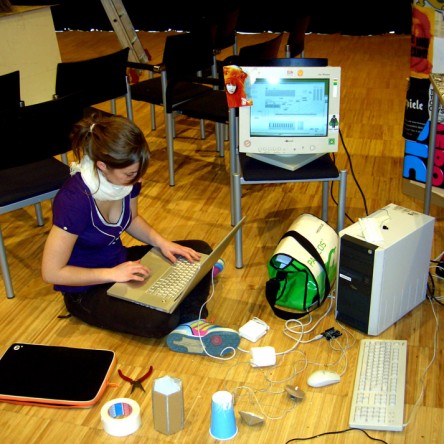 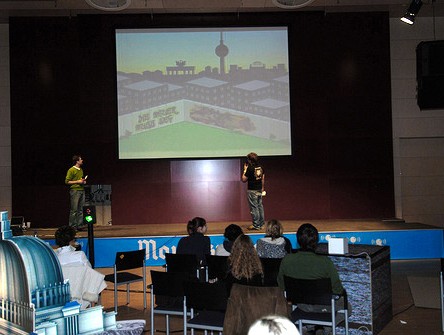 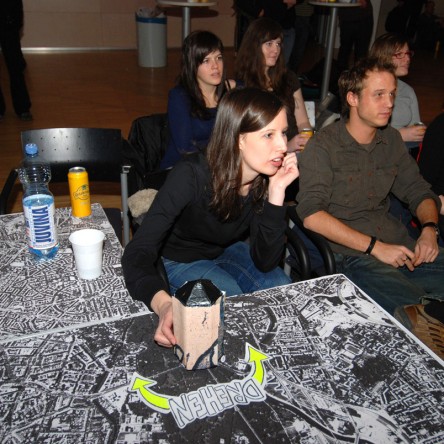 Our guests had to group around interactive tables where with interfaces related
to a certain video clip. By playing games on the big screen against each other
they decided which clip is being shown next.

Together with Dimitri Moustakidis and Barbara Helbich I formed the
‘advertisement column’ group. Our interactive table included a life size advertisement
column and a small handy rotatable column mounted on a Berlin city map in
black and white. Via a VVVV patch the player in the audience could steer his avatar on
the big screen and fight the opposing teams in the audience in classic video games
such as Space Invaders or Pong.

The Mauerspiele format should be an experiment in breaking the linear order of
a conventional TV program by involving the audience in a simple but playfully
interactive way. The central topic of all produced clips was Berlin.

My tasks included the line producing of the whole event and operating a live
camera during the event.